We live in a buzzy world of distractions. Wait, was that a Messenger ping?

What was I saying? Yes, distractions. It’s hard to focus on doing one thing.

However, sometimes it’s really vital to be able to resist the urge to divide your attention between multiple spheres. All of us would agree that using a cell phone while driving is dangerous. 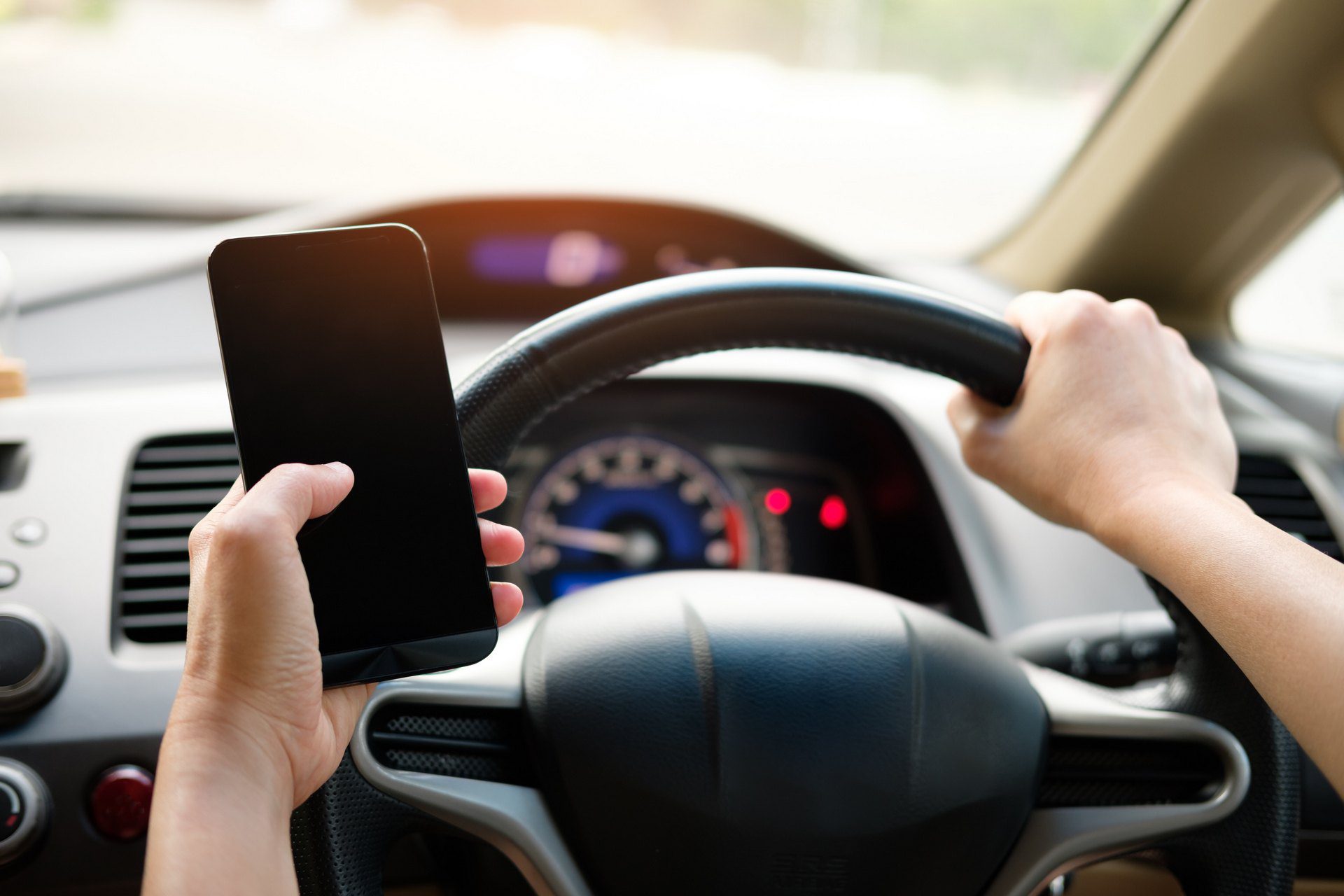 Even a quick check if that’s your girlfriend confirming she can go to that dinner can put someone’s life at risk. It’s not just taking a quick look at that fancy little screen of yours. It’s reaching for it, unlocking it, finding the function, adjusting the volume or whatever, typing or waiting for something to load, putting the phone back. The studies have shown that it takes at least 5 seconds to take a look at a message. These 5 seconds are more than enough for things to get out of your control.

There are ways to trick ourselves.

1) Beat the devil at his own game – with apps

So you’re an ardent worshipper of technology. You should know you’re not the only one who struggles to keep hands off the phone. There’s a cure for this, and tech’s got it, of course.

Apps of your choosing can block the phone’s functions when it notices that you’re moving at a certain speed. There are also those who can auto-respond to your friends that you’re on the road and will call them back within a certain amount of time. If you’re a worried parent, you can track your kid’s actions while they’re driving.

2) Pretend you’re on an airplane

Let your phone pretend as well. Just turn the airplane mode, so you won’t be receiving any calls or messages. There’s nothing so important or urgent that it couldn’t wait for you to land. Or you could just turn the sounds or the phone off, plain and simple.

If you make it too easy, you might soon find yourself doing the most unimaginable acrobatics while trying to reach it. That’s why you should literally lock it in a drawer or a box or in the trunk (the Russian doll style) so that you’d have to stop the car and go to its backside to perform the operation and take that call.

4) Make all the arrangements before you start driving

Need GPS navigation? Enter the destination before you start the engine. In the middle of an argument with your momma? Tell her you’re about to drive. She’ll understand and postpone the thing. Expecting an important business call? Either let your client know you won’t be able to take that call until you get where you’re going, or just pull off. If something has to be at stake, don’t let it be someone’s life. Even calling someone handsfree is risky, as your attention is not focused on the road, but on the conversation.

5) Get an aide to help you practice self-restraint

Sometimes you’ll have a friend sitting beside you and reproaching you for acting irresponsibly. But this isn’t always possible. When you’re setting off by yourself, have your friends and family call you or text you for whatever reason. The deal is not to take those calls and not to text back. If you do, people will know and reprimands will follow. Rightfully.

6) Put an appropriate passphrase on your phone

You could try for something short and simple, such as “Swear on your life you won’t type me”. Speaks for itself, doesn’t it?

7) …Or just take the pledge

If you are an old-school kind of guy or gall, maybe this would work for you. When in temptation, just remember you’ve made the promise. Not just to yourself, but to all the people who might happen to be there and get endangered because of you.

The only app you should be using in your car – or rather, for your car – is our My Auto Shop, the app that gets you rewards when you bring your car in for maintenance. Download it today from Play Store or AppStore!

Car Corrosion: The Hazard of Road Salt
5 Tips to Extend the Life of Your Tires
11 Must-Know Do's and Don’ts for Your Car Battery (updated)
How Do Social Media and Vehicles Interact?