This comes after 2 years of the prime minister, Justin Trudeau – who cited international commitments to fight global warming – making it clear he would slap the tax on any of the 10 provinces that did not come up with their own plans by April 1st. In Ontario, Manitoba, New Brunswick and Saskatchewan, where any sort of carbon pricing scheme was steadfastly opposed, Ottawa will apply its carbon tax on fossil fuels – which starts at $20 per tonne of GHG emissions. In the provinces that already have other carbon pricing measures, such as Alberta, British Columbia and Quebec, nothing changes, since they have models the government has deemed acceptable. 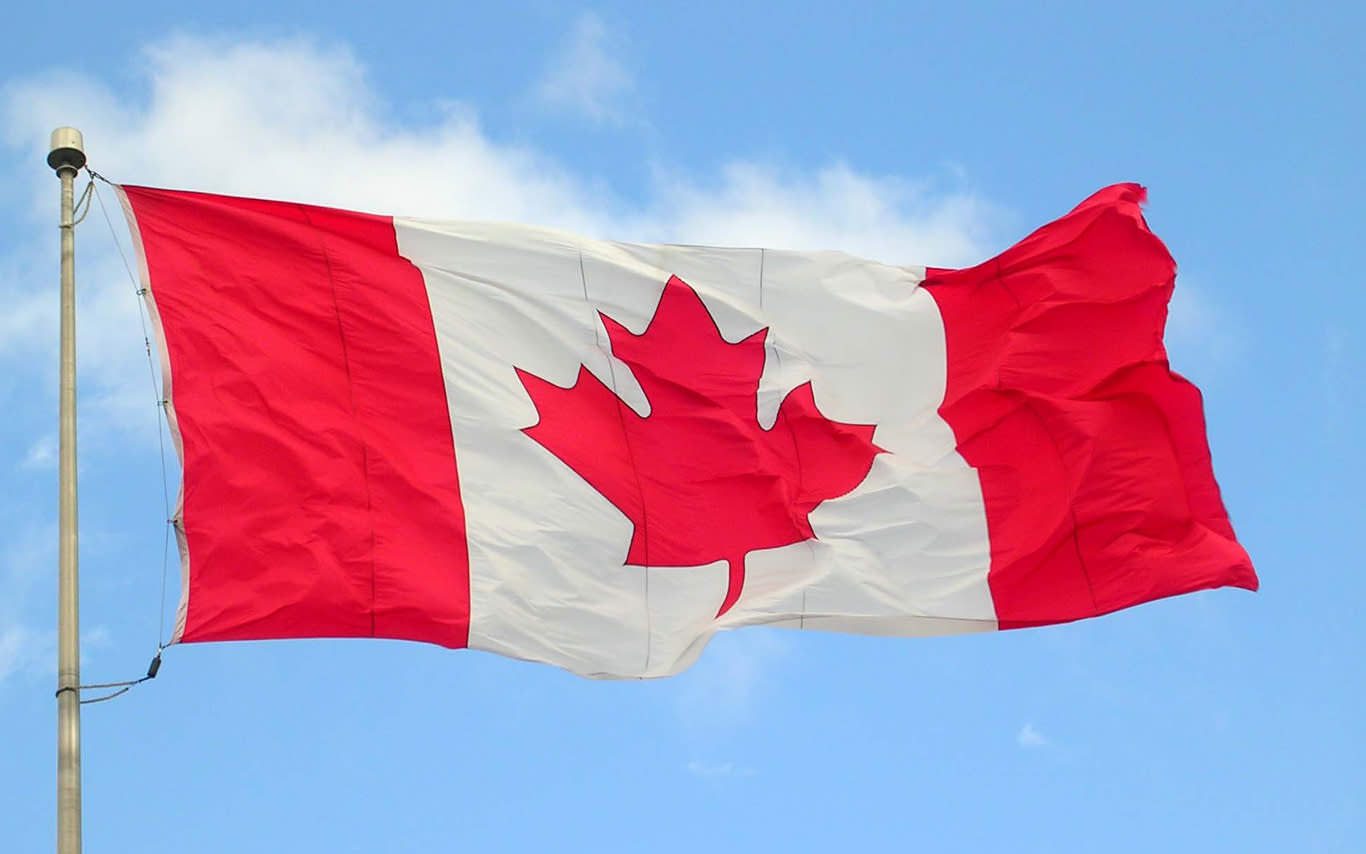 “There is no hiding from climate change,” Trudeau told the House of Commons back in 2016 before the ratification of the Paris accord on climate change. “It is real and it is everywhere. We cannot undo the last 10 years of inaction. What we can do is make a real and honest effort – today and every day – to protect the health of our environment, and with it, the health of all Canadians.”

At the same time, Trudeau argued that pricing carbon pollution will give Canada a “significant advantage” in building a cleaner economy, compel businesses to develop innovative ways to reduce emissions and create hundreds of thousands of clean technology jobs. However, even 3 years later, the official data regularly shows that Canada has little chance of meeting its climate change goals of reducing emissions by 30% from 2005 levels by 2030.

Enter the carbon tax. But what is it?

In order to motivate emitters to decrease emissions, the carbon pollution price starts at $20 per tonne of CO2 and will go up slowly over time so households and industries have time to adjust and adopt less carbon-heavy practices. It is expected to rise each year as the carbon tax increases by $10/tonne until it hits $50 in 2022 – meaning it will more than double in less than 3-years’-time.

According to the International Institute for Sustainable Development, the carbon tax system protects low-income households and sets aside funds to support municipalities, schools, hospitals, Indigenous communities, and small and medium-sized businesses.

Furthermore, the revenues raised in each province are supposed to be returned to the people in that province through an annual tax rebate they can claim on their income tax form. The claimed amount will be the same per person based on the total revenues collected in your province (with a 10% bonus for rural Canadians and those living in small communities). In most cases, the rebate will be more than the price itself, protecting families as it encourages them to reduce costs by taking steps like turning down the heat at night and when no one is home, installing smart thermostats, choosing more fuel-efficient cars and using public transit, walking or biking.

Provinces that administer their own price on carbon will continue to use the proceeds as they see fit. Right now that includes rebates, tax cuts, and investments in things like renewable energy projects, industrial and consumer energy-efficiency programs, and transit and infrastructure projects. A province in the backstop (that is, tax) system could opt out at any time in the future to administer its own program.

What does all this mean for you?

Based on federal figures, the tax in the 4 non-compliant provinces will result in an approximate cost increase of 4.42 cents a liter for gasoline, 5.37 cents for light fuel oil (home heating fuel), 3.91 cents per cubic meter for natural gas and 3.10 cents per liter for propane. Based on those figures, and according to calculations by CBC News, the average Ontario household will pay roughly $10 more a month for natural gas (based on the average of 252 m3 of consumption) as of April 1st.

Bear in mind that this figure is prone to fluctuations – it will be considerably lower in the summer but possibly much higher in the winter, when natural gas consumption for home heating spikes. For example, the average Ontario household consumes about 419 m3 of natural gas in January, but only 51 m3 in July.

Consumers will not pay the tax directly to the federal government; rather, the government will impose the tax on fuel and production and distribution companies, which will in turn pass on those costs to customers.

However, to compensate for the cost of living increase, Ottawa has vowed to return every single dollar it collects in carbon tax to the people in the province in which it was collected. Some Canadians are already set to receive the “Climate Action Incentive payment” or rebate, which is paid to eligible taxpayers who claim it on their 2018 tax return with the Canada Revenue Agency.

Here’s what the average household (defined by Ottawa as 2.6 people) will receive from the federal government:

If a taxpayer is entitled to a tax refund, that refund would be boosted by the amount each household is entitled to under the new climate incentive payment program. If you owe the federal government money at tax time, that amount would be reduced by the amount you stand to gain from this initiative. There is only one rebate or tax reduction per household.

The amount will vary based on the province and the number of people in a household. The payment is not a means-tested benefit and does not depend on income levels. For example, a single adult in Ontario would see about $154 next year from the payment. 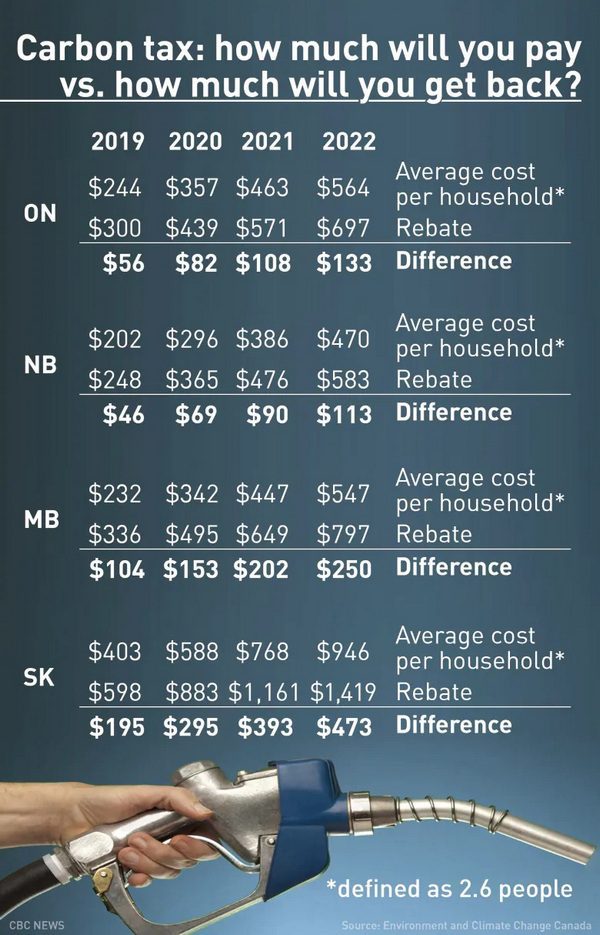 In case you are wondering how effective carbon tax incentives are, scientists and economists agree that when the government puts a price on carbon, it raises the incentive for industries and individuals alike to innovate and find ways to lower their emissions.

In an interview with CBC, Nobel Prize-winning economist Paul Romer said, “If you just commit to a tax on the usage of fuels that directly or indirectly release greenhouse gases, and then you make that tax increase steadily in the future … people will see that there’s a big profit to be made from figuring out ways to supply energy where they can do it without incurring the tax.”

Therefore, now that we must find new ways to lower our carbon emissions, let’s do it together. CRS Automotive will help you when it comes to your car. Come to our repair shops in Hamilton today!