If you’ve ever watched Formula 1, you know it’s not just about the races – it’s about a city coming alive with excitement. The Canadian Grand Prix (or Grand Prix du Canada in French) is an annual auto race held during the 2nd weekend in June since 1961 – but only since 1967 as part of Formula 1. The host is the City of Montreal, but only since 1978 (having moved from Mosport Park in Bowmanville, Ontario to Circuit Mont-Tremblant, Quebec before finally settling in Circuit Gilles-Villeneuve on Notre Dame Island in Montreal). It’s the 7th race of the season and one that has seen Michael Schumacher as the winner no less than 7 times, the same as Lewis Hamilton (and counting).

Knowing all this, you cannot avoid loving the Formula 1 Canadian Grand Prix, but we can give you a few more reasons to do so. 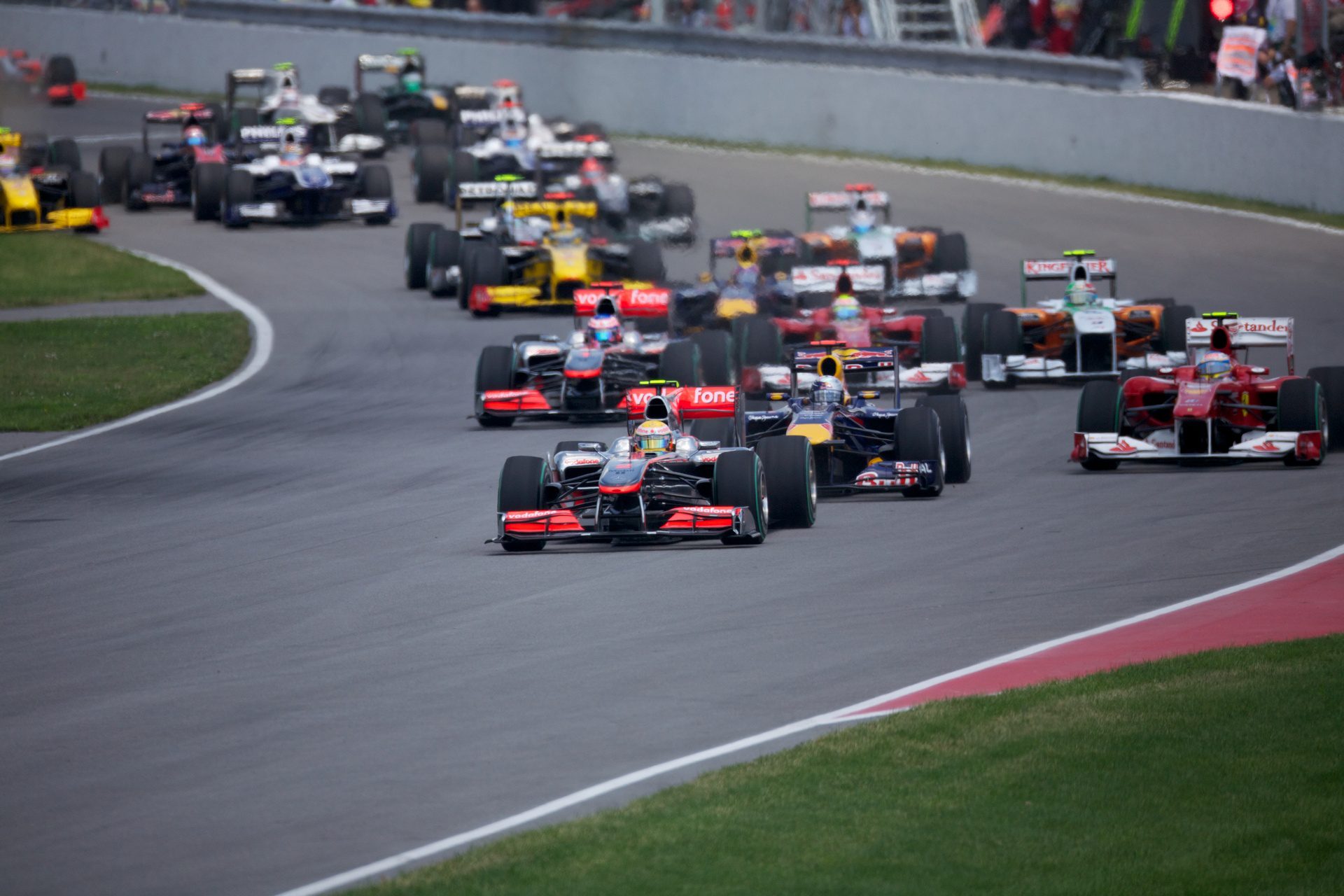 1) The circuit made for overtaking

The Canadian Grand Prix has been the scene of some epic races, which is partially thanks to a specially challenging circuit layout known to provide overtaking opportunities for drivers. Broken down into its most basic form, the Circuit Gilles-Villeneuve is essentially straights and chicanes – plus one hairpin – so there are plenty of opportunities for slipstreaming and big braking zones.

The best passing opportunity comes ahead of the final corner, with a long run out of the hairpin that can see the following car pick up a tow. And even if they don’t get close enough to make the move stick into that last chicane, there’s another opportunity under braking for Turn 1.

However, far from those being the only locations for extravagant moves on the circuit. The hairpin itself is a big enough braking zone to see drivers willing to take a lunge. And with concrete walls waiting on the outside of most corners, the slightest mistake can be punished. What’s more, there is one wall that stands out above the rest – the Wall of Champions.

2) The constant threat of the Wall of Champions

The final chicane is a tricky enough corner as it is, with cars decelerating from over 300km/h for a tight right-left with big kerbs waiting on each apex for those drivers who get it slightly wrong. But on the exit, there’s an iconic piece of track – with a piece of wall meant to welcome the drivers to the city, but instead became known for crashes involving the best drivers in the world – the Wall of Champions.

In trying to carry as much speed as possible through the corner and onto the pit straight, drivers have to get as close to the barrier as possible. This is the corner that can gain drivers time, but it can also ruin the whole lap right at the end if they make a mistake. That is why no fewer than 3 drivers’ champions hit the wall on the outside of the final corner in 1999, thus giving the wall its now infamous name – Michael Schumacher, Damon Hill and home hero Jacques Villeneuve.

3) Cars always pushed to the limit

Not only do the drivers sometimes struggle with the Circuit Gilles-Villeneuve, but their equipment can also find it hard going as well. With lots of long straights and big stops, plenty of times the emphasis is placed on power unit performance and braking.

Hence, by the end of the race, brakes can be a problem as drivers struggle to slow their cars, which is disconcerting at the best of times, let alone when there’s a wall waiting on the exit of so many corners.

While the left pedal is getting worked hard, the right pedal is crucial as well since drivers spend so much of the lap at full throttle. As a result, Canadian Grand Prix is often a venue where teams introduce a power unit upgrade in search of more straight-line performance.

Right now, North and Central American Formula 1 fans have only 3 races on their continent, and with the United States and Mexico paired back-to-back late in the season, Canada stands alone in June.

That means spectators from all over the continent travel in huge numbers to Montreal for the race weekend and they mean to be heard. The atmosphere produced at the Circuit Gilles-Villeneuve is one of the best of the season, with packed grandstands surrounding Turn 2 and the hairpin usually seeing plenty of action.

Support is strong for all of the teams and the bridge onto the Ile Notre-Dame is always full of fans wearing a wide variety of team kit – current and old – as they file into the circuit, hoping to shout some words of encouragement to any drivers arriving at the same time.

The fans flood to Montreal because not only is the event at the track so spectacular, but the city itself is an awesome place to be.

Downtown in Canada’s second-largest city is just across the Saint Lawrence River in which the Ile Notre-Dame sits and it’s an eclectic venue. While the old town offers up cobbled streets, cozy bars and cafes, classy restaurants and stunning architecture such as the Notre-Dame Basilica, there’s also the business district, a lively nightlife scene and the imposing Mont Royal itself that overlooks the city.

Montreal comes alive with F1-specific events during race weekend and fans can take in live music as well as activities like a pit stop challenge all over the city, as it really embraces the Grand Prix.

If you yourself are not a fan of Formula 1, that is okay too. You are welcome at our repair shops in Hamilton regardless. Visit us today!

When Is the Best Time to Install Winter Tires?
How to Adjust Car Mirrors (Infographic)
Why You Shouldn't Buy Used Tires
How to Store Tires Properly