Are you thinking about visiting Hamilton, Ontario? Are you or will you be in its vicinity sometime in the future and like to go exploring little gems like ours? In case you are but haven’t really thought out what you would like to visit or where you would like to stay and eat, we have decided to showcase our city to you and invite you over.

The City of Hamilton is located at the west end of Lake Ontario – in Burlington Bay – 68km southwest of Toronto and 66km west of Niagara Falls and the border with the USA. It has the population of about 550.000 people in the city area (750.000 on its entire territory) and is Canada’s largest steel producer and a major port on the Great Lakes. 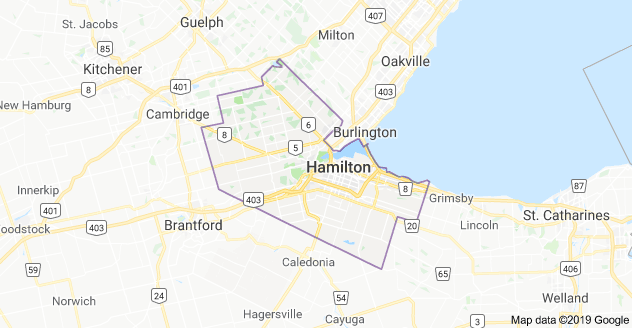 Hamilton was conceived by George Hamilton, the son of businessman and politician Robert Hamilton, who was also a well-connected veteran of the War of 1812 – after he purchased a house and approximately 105 hectares of land (the Durand farm) in the small village then known as Head of the Lake in 1815. The founder started developing the city by delineating roadways and selling parcels of his estate to newcomers. Soon thereafter, in March the following year, the settlement was chosen as the administrative seat of the newly created Gore District and given the name Hamilton – in honor of its patron.

The economy of this small town was boosted in 1832 when a canal was cut through the outer sandbar providing access into Burlington Bay to schooners and steamers. With Hamilton becoming a major port, and a large number people migrating from the UK in the 1830’s, the town grew steadily and developed quickly. Its location in the bay area made it the perfect choice for mercantile houses, granaries and manufacturing establishments that were to meant to support the region. Not only that, but plans were formed to build a steamboat company, a bank and a railway to the near town on London.

However, the impending economic fluctuations and the Rebellions of 1837, delayed the railway construction until the 1850’s at which point the town bought in the Great Western Railway and other lines. As the railway boom ended in 1857, the town was forced to focus on the stove and farm-implement foundries.

In the decades to come, Hamilton established other industrial businesses – ready-made clothing and sewing-machine manufacture developed during the American Civil War with the Hamilton Blast Furnace producing pig iron from the 1890’s onwards. The residential construction boom started in the early 1900’s and lasted until 1913.

The Hamilton industries concentrated on the production of war material during both world wars, redirecting their focus to houses, home appliances, and automobiles after 1945. However, with textile mills and knitwear plants being shut down in the 1950’s and 60’s, the town became increasingly dependable upon the steel and related industries until the decline of said industry in the 1980’s. Today Hamilton’s steel industry employs half the amount of workers it did at its peak, but the good news is that the town managed not to become a decaying or depopulated “rust belt” city as most of them do. The reason for that is the fact that traditional manufacturing has played an important role in both town history and economy to this very day. The service sector has continued to grow, as have some new recycling and waste disposal industries, keeping the town alive, modern and interesting to visit.

What to visit in Hamilton, ON

If you are a history buff, Dundurn Castle should be at the top of your list of things to see in Hamilton – a proper historic neoclassical mansion on York Boulevard. Built on the former site of a fortified military encampment established by the British in 1813, the house was completed in 1835 and has forty rooms featuring the latest conveniences of gas lighting and running water of the period. It is currently owned by the City of Hamilton, which purchased it in 1900 for $50,000, an is now designated as a National Historic Site of Canada. The City has spent nearly $3 million renovating the site to make it open to the public. The rooms have been restored to the year 1855 when its owner Sir Allan Napier MacNab, 1st Baronet, – railway magnate, lawyer and Premier of the United Canadas (1854-1856) – was at the height of his career. Costumed interpreters guide visitors through the home, illustrating daily life from the 1850’s. The Duchess of Cornwall, a descendant of Sir Allan MacNab, is the Royal Patron of Dundurn Castle. 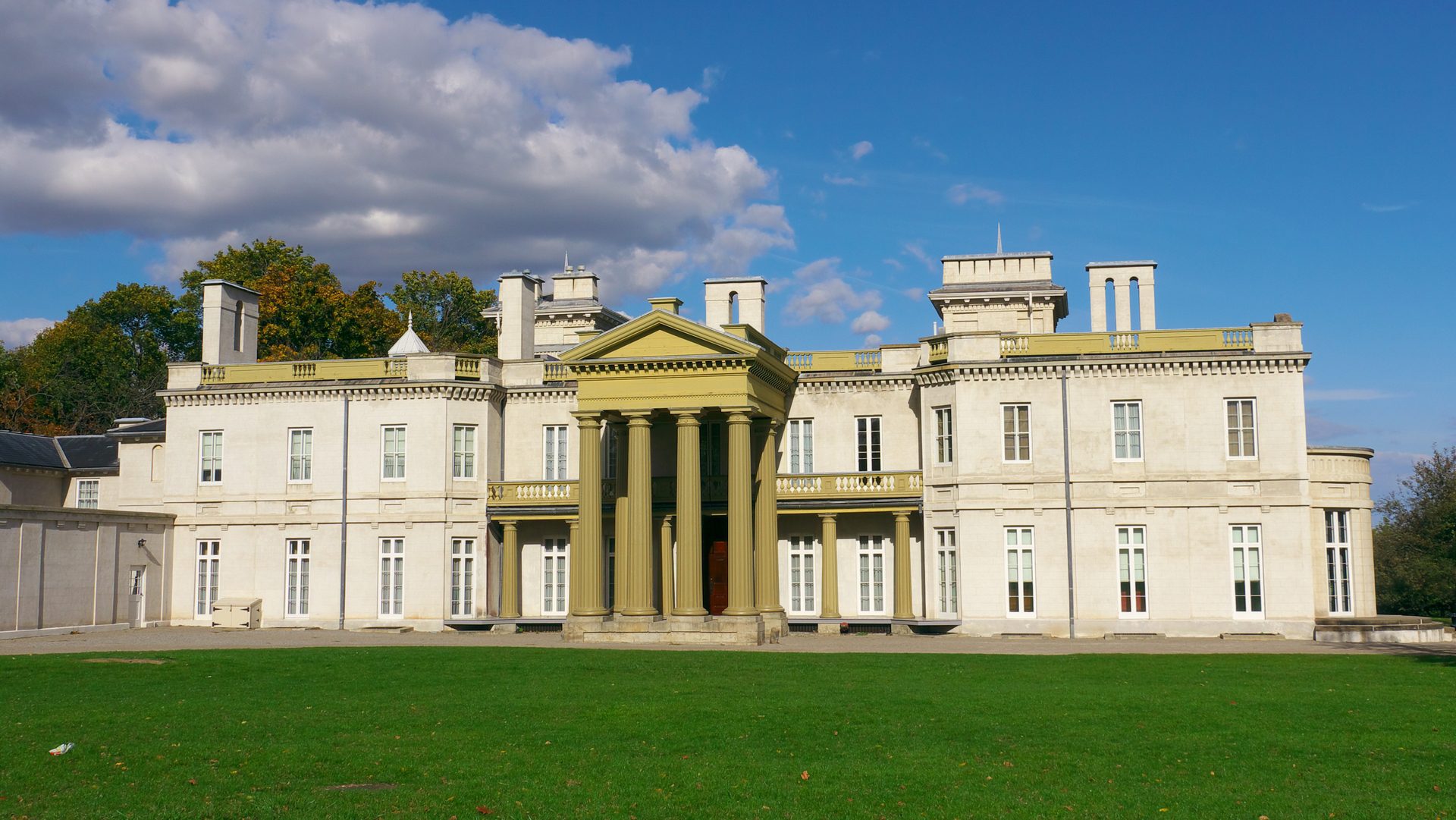 The park includes the Hamilton Military Museum, which is housed in an outbuilding relocated when York Street was widened as York Boulevard in the 1970’s. Displays include the War of 1812, the Rebellions of 1837, the Boer War, World War I, World War II and the role of women in the military. Artifacts include uniforms, medals, weapons, photographs and other military memorabilia. The museum also features a library with materials about Canadian military history, which is open by appointment. 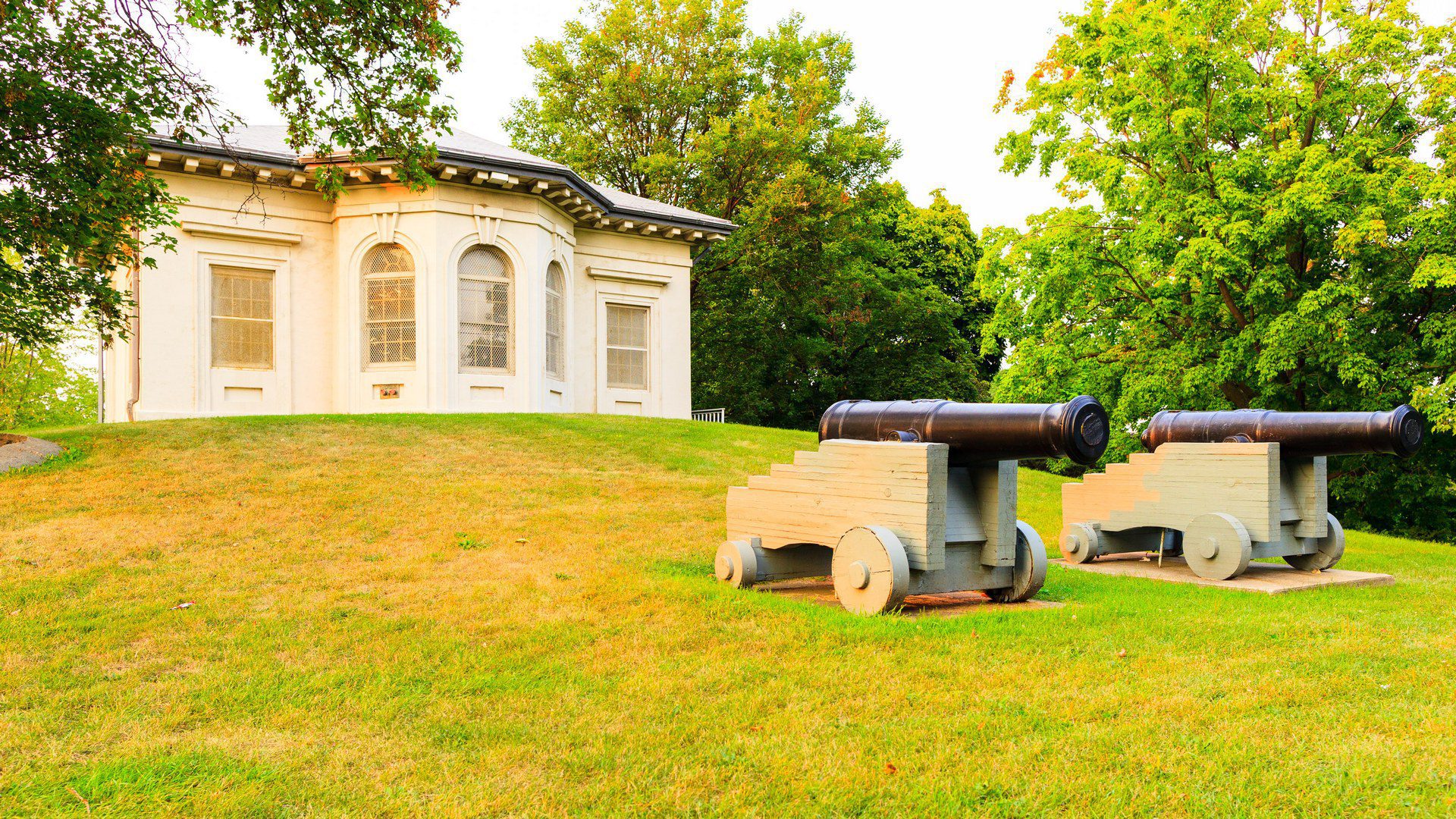 A large garden – the Kitchen Garden – is cultivated near the eastern edge of the park. The produce is used in the castle’s kitchen, and the excess is donated to a local food bank. Tours of the castle end in the kitchen, where samples of the cuisine of the era are offered to tourists. 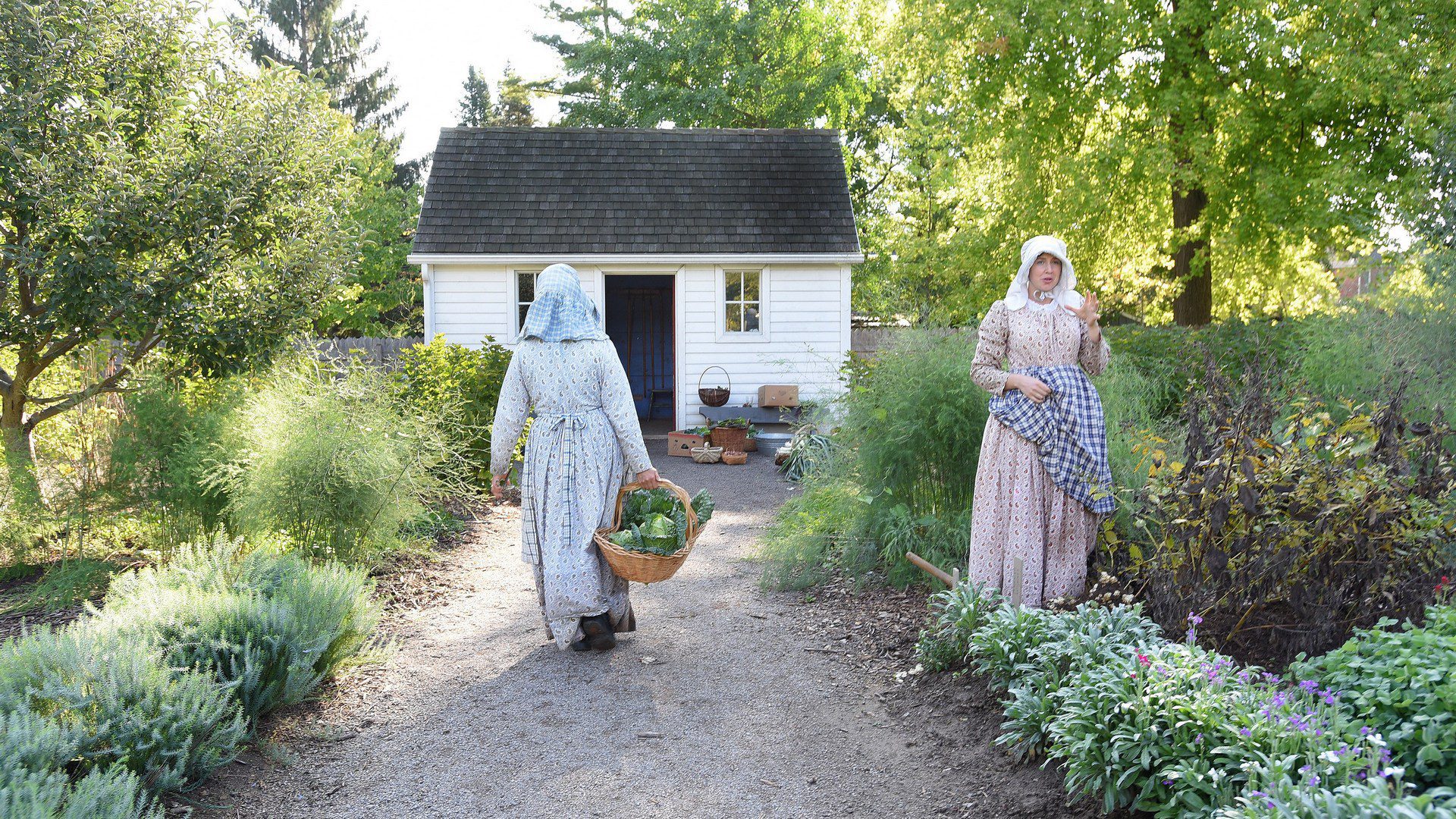 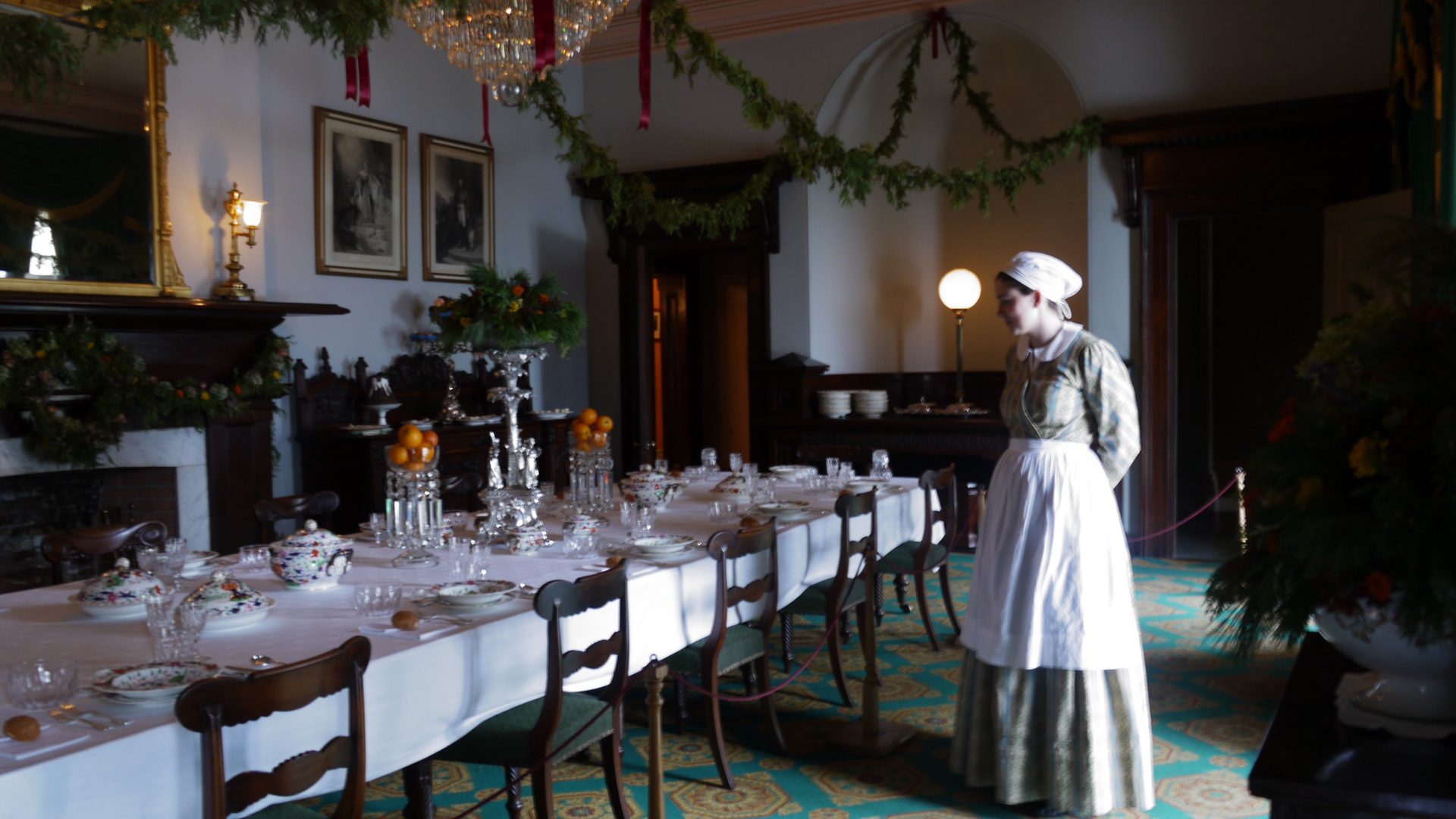 Moreover, one of the things to do in Hamilton this weekend could be visiting the Canadian Warplane Heritage Museum located at the John C. Munro Hamilton International Airport in Hamilton, Ontario. 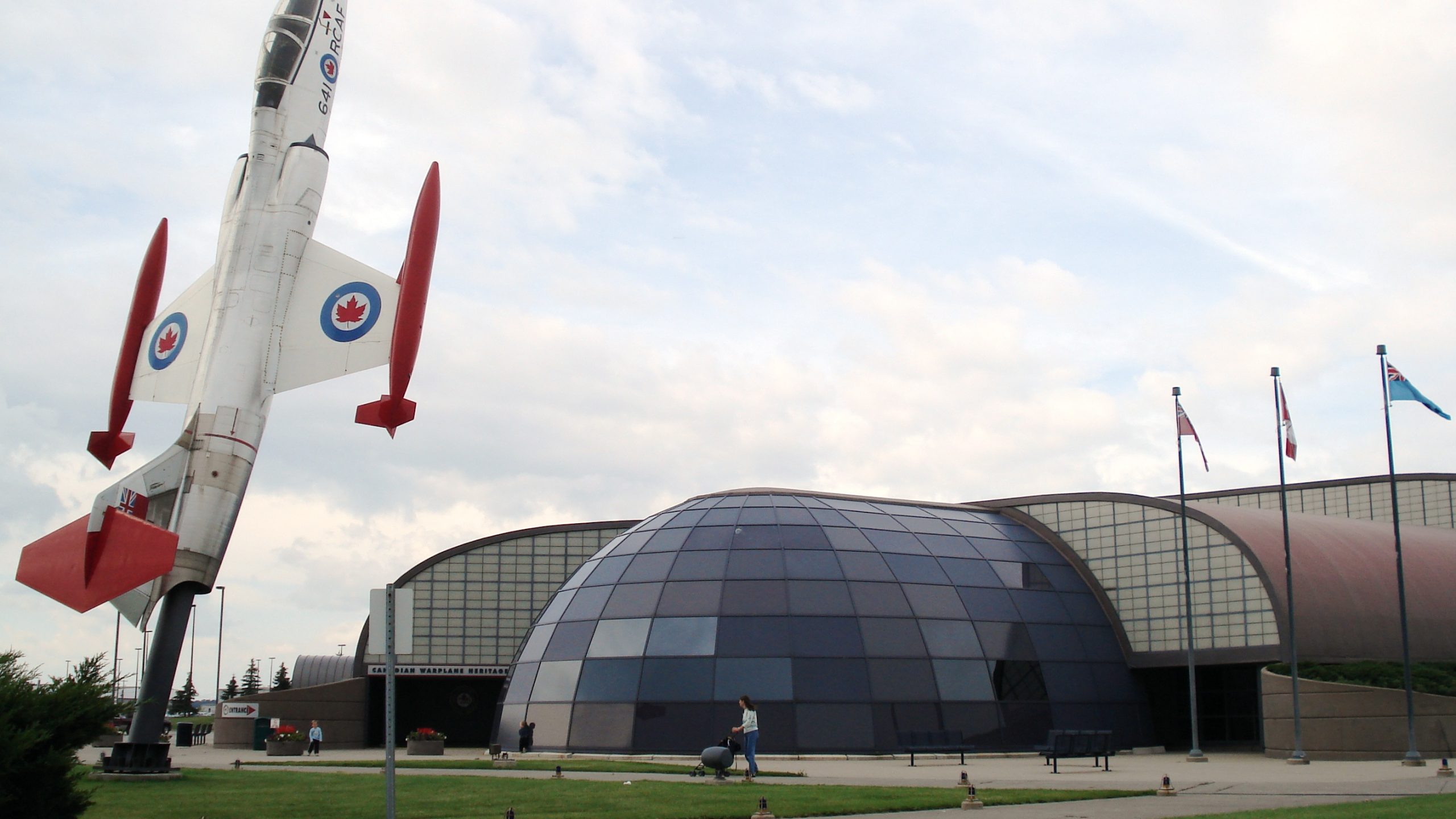 The museum has 47 military jets, propeller-driven aircraft and helicopters on display – a collection of Canadian military aircraft many of which in flying condition. The museum is also restoring several Second World War and Cold War aircraft, including a TBM Avenge, a De Havilland Canada built S-2 Tracker and a Bristol Bolingbroke. The flying collection performs at air shows and is made available for local flights by museum visitors. Special events take place throughout the year and facilities including the main aircraft exhibit area can be rented for private events. 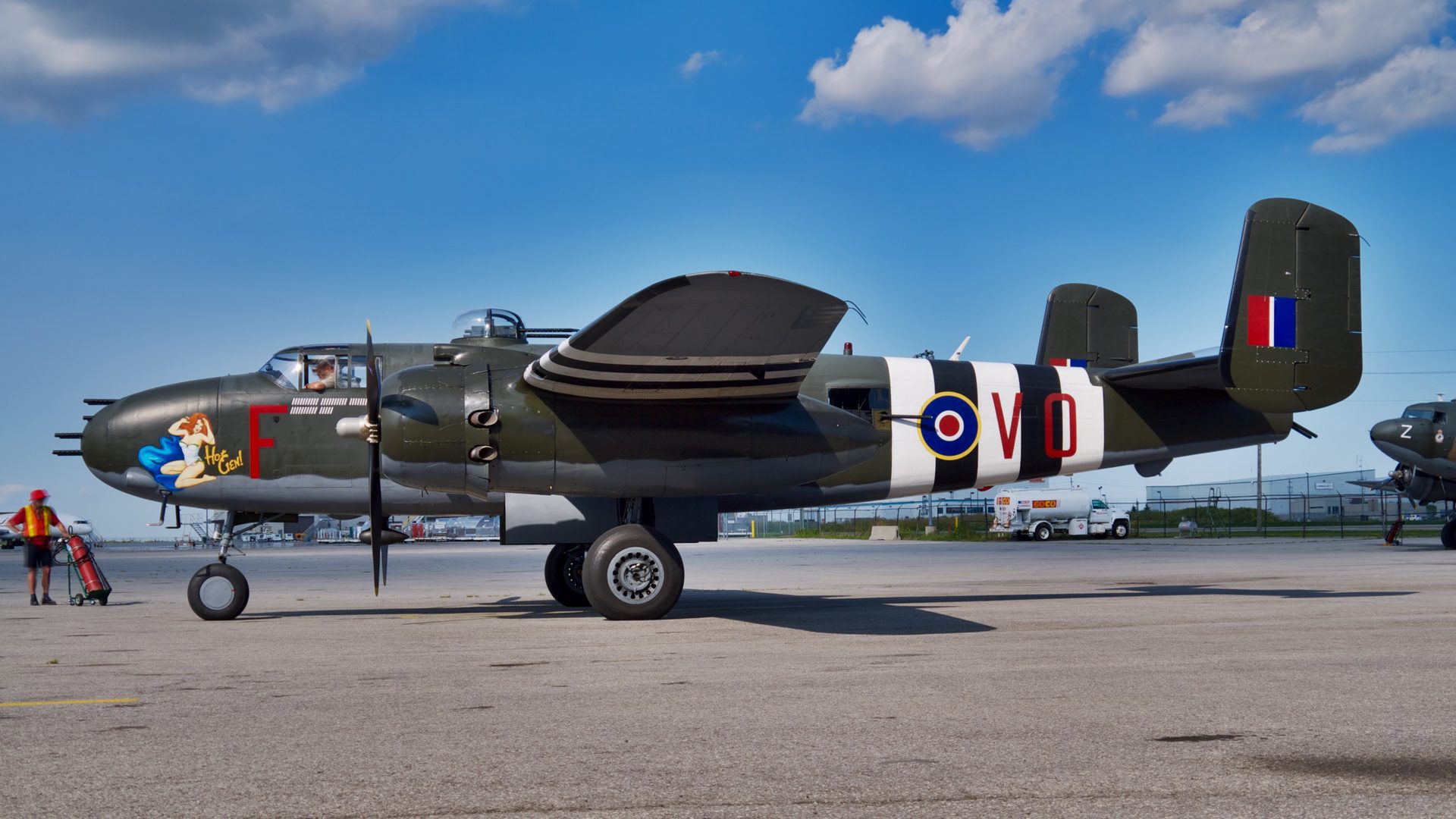 The Avro Lancaster flown by the museum is one of only two airworthy Lancasters in the world. Known as the Mynarski Memorial Lancaster in honor of Pilot Officer Andrew Charles Mynarski, it is painted in the markings of his aircraft. An Ontario Historical Plaque near the entrance commemorates Eileen Vollick‘s role in Ontario’s heritage as Canada’s first licensed female pilot. 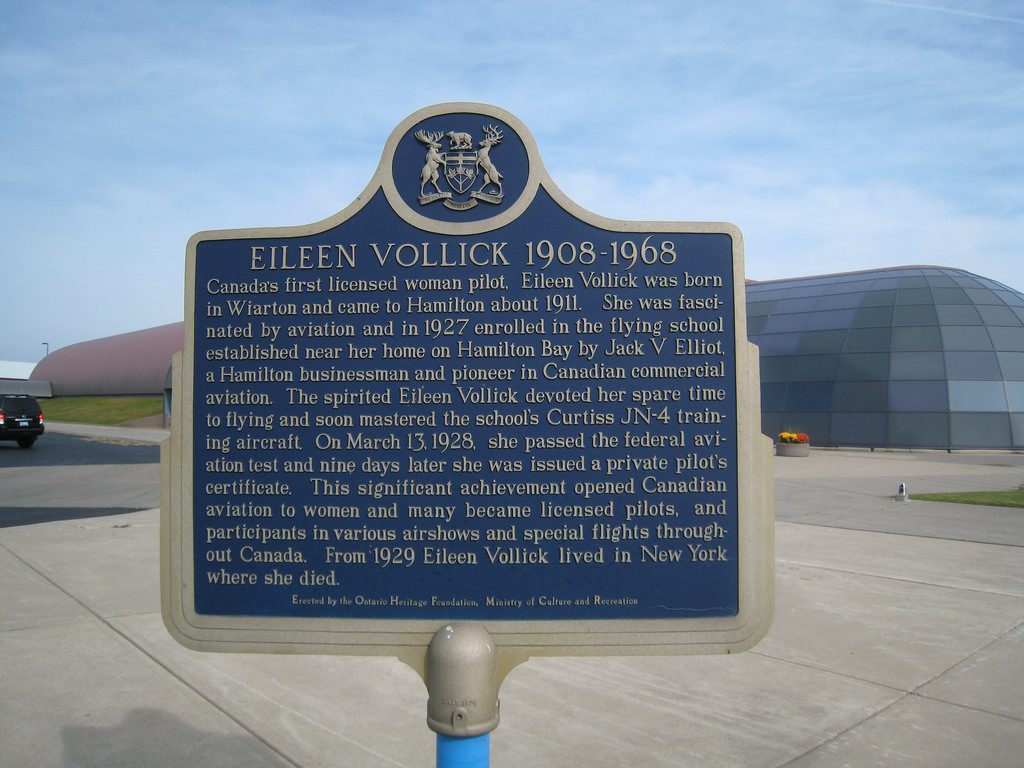 For those of you who like to check out the art scene wherever you go, the Art Gallery of Hamilton is something you cannot miss. 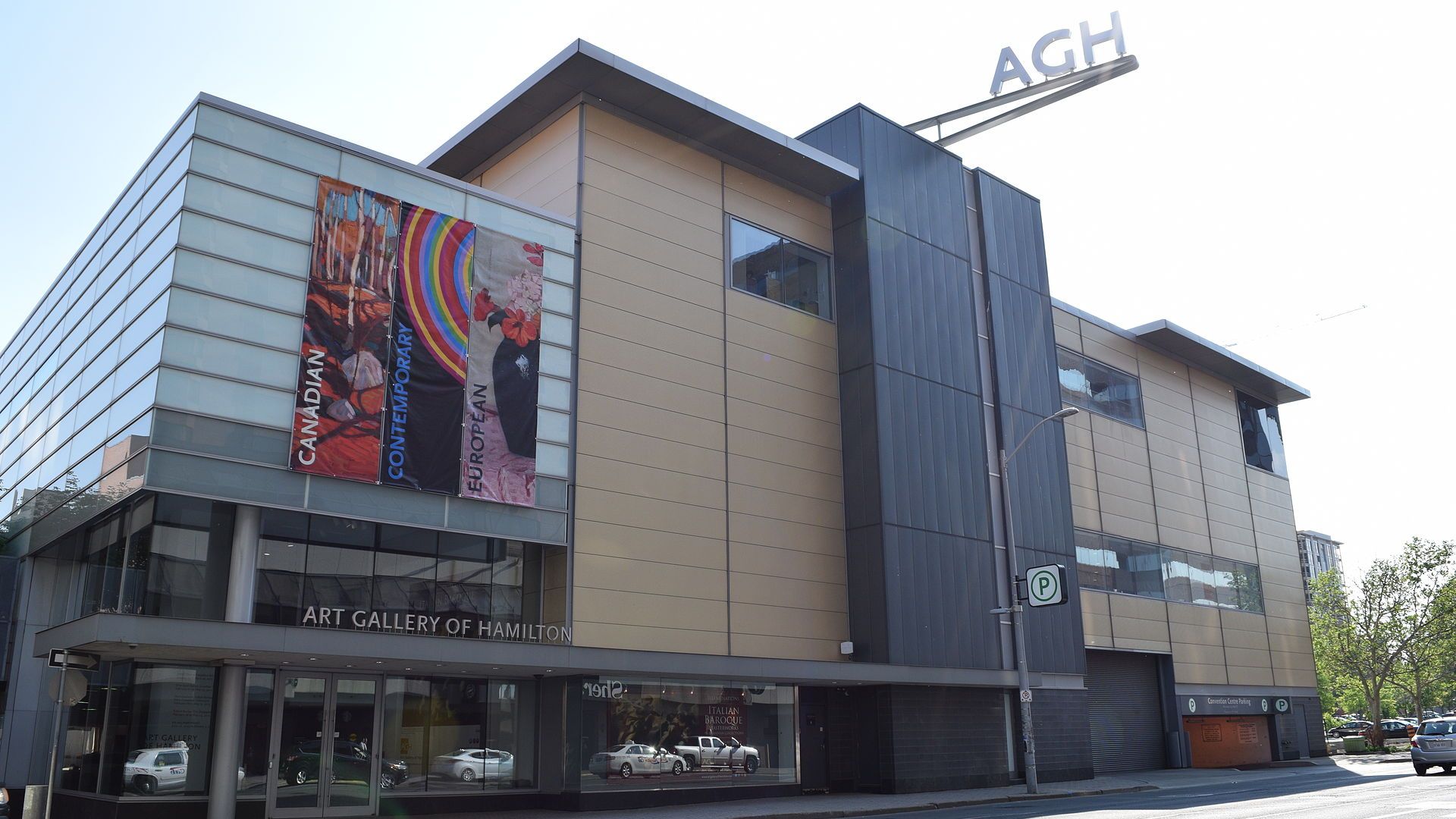 Founded in 1914 the Art Gallery of Hamilton, located in the heart of downtown Hamilton, on King Street, West – is the oldest and largest art museum in southwestern Ontario with a permanent collection that is recognized as one of the finest in Canada.  Embracing Canadian historical, international and contemporary art, the gallery houses a collection of more than 10,000 works. It consists of superb pieces by Alex Colville, Tom Thomson, the Group of Seven, Emily Carr, James Tissot, Jean-Léon Gérôme, Gustave Doré, Norval Morrisseau, Keith Haring, Ed Burtynsky, Kim Adams or Tyler Tekatch, to name a few. 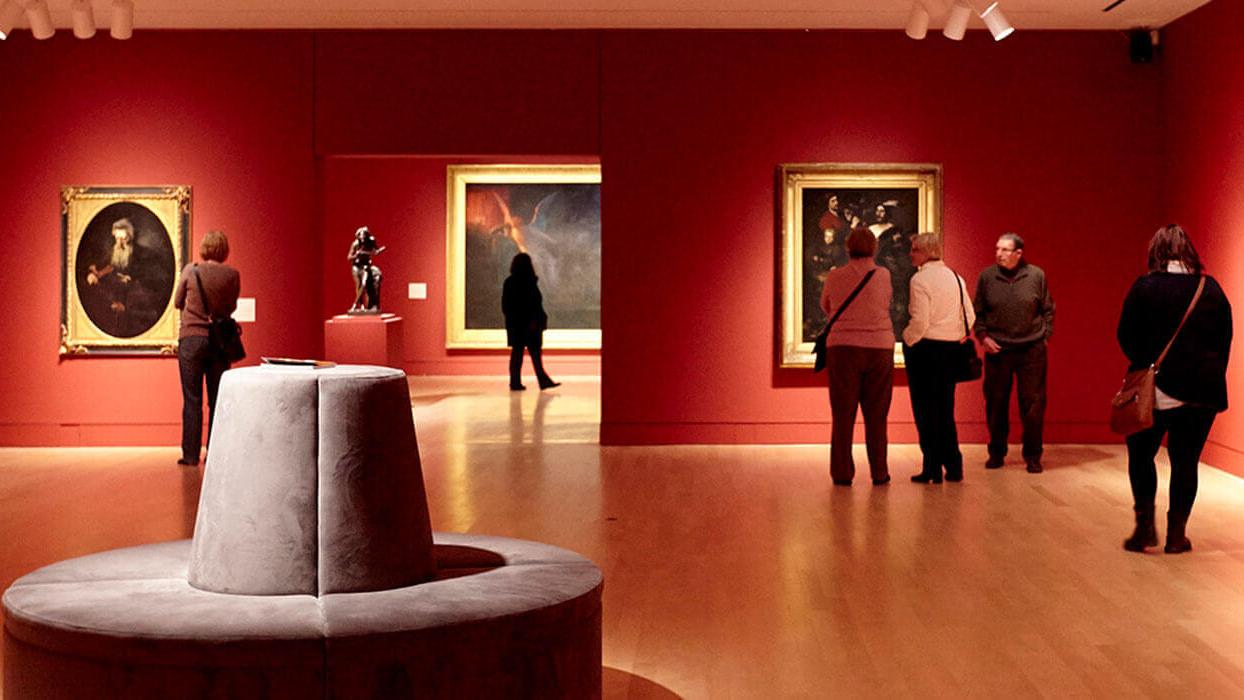 The AGH is renowned for presenting outstanding exhibitions and complementary programming for visitors of all ages. In addition to AGH Tours and AGH Talks, the Gallery offers studios for adults and kids, family activities, school programs, film programming, performances, etc.

Also, one of the free things to do in Hamilton could be visiting the iconic Hamilton Farmers’ Market. Founded in 1837, it is located within a large multifaceted complex in downtown Hamilton, Ontario – Lloyd D. Jackson Square on the corner of James Street & York Boulevard. It is an indoor market known well by locals for its variety of foods and products, produced both locally and from around the world. 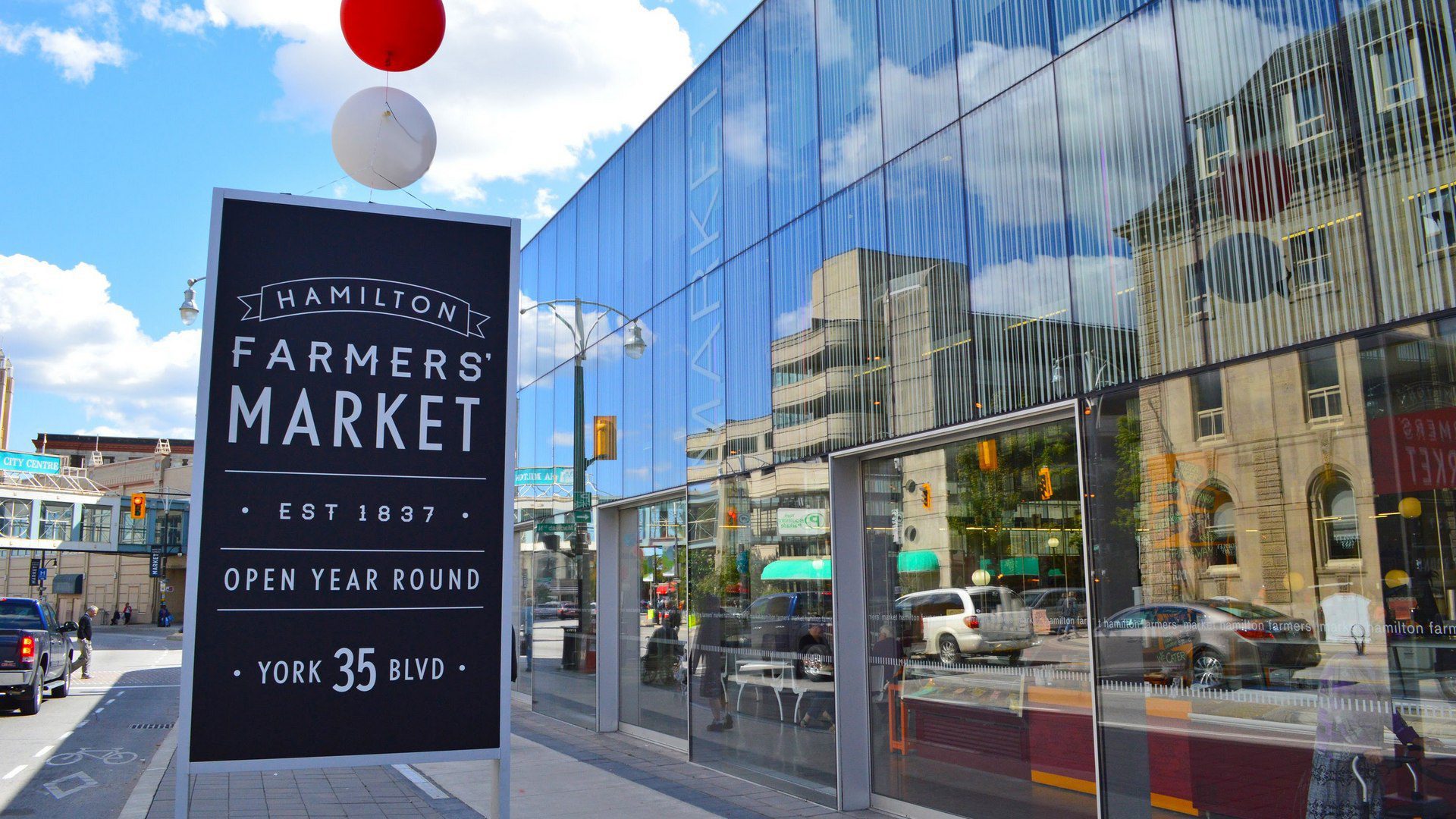 In 2011, the market was completely renovated and now has: 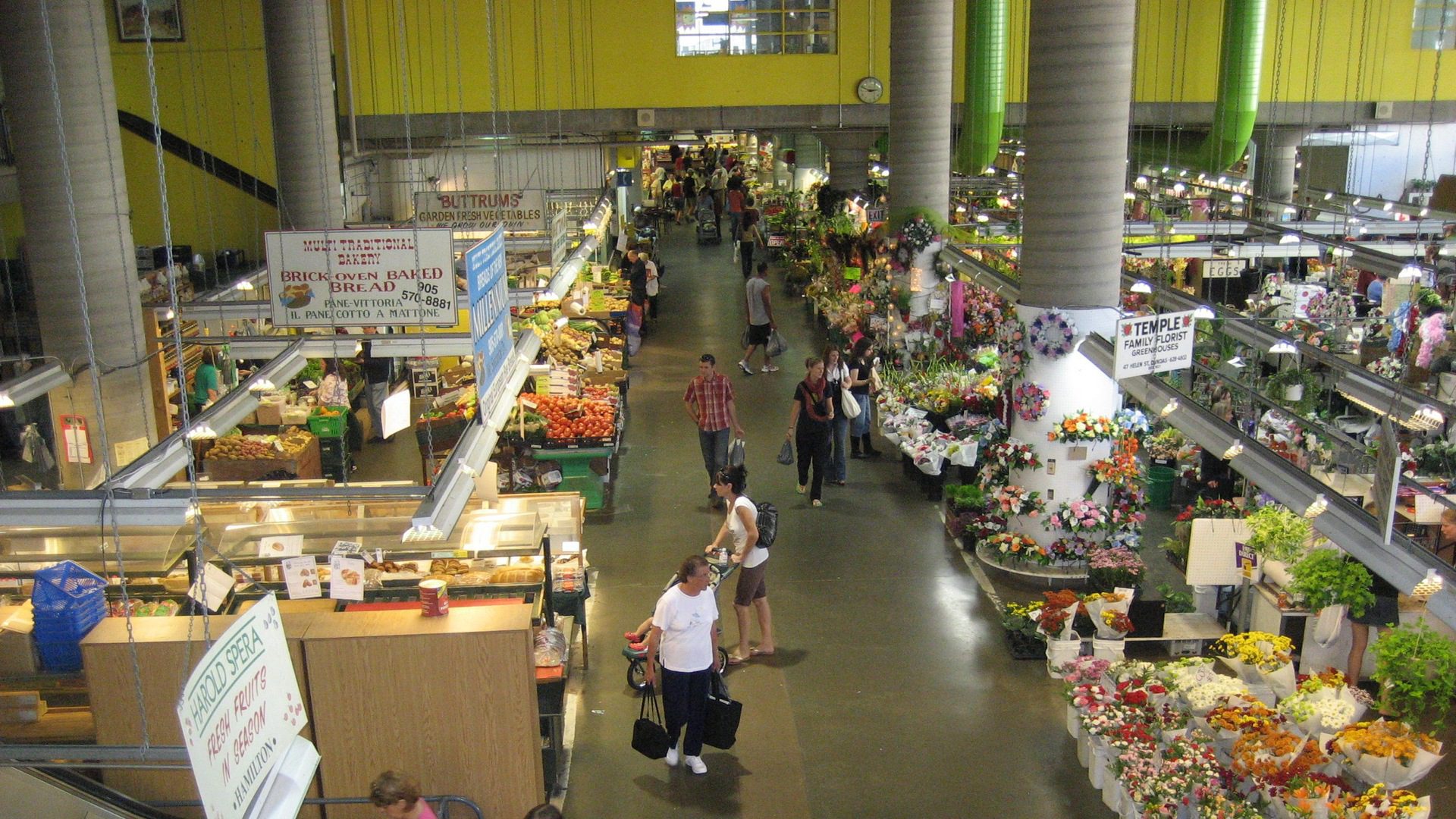 Although, we are not sure how “free” of a sightseeing opportunity this will be after you spend half your paycheck on odds and ends that can be found here. 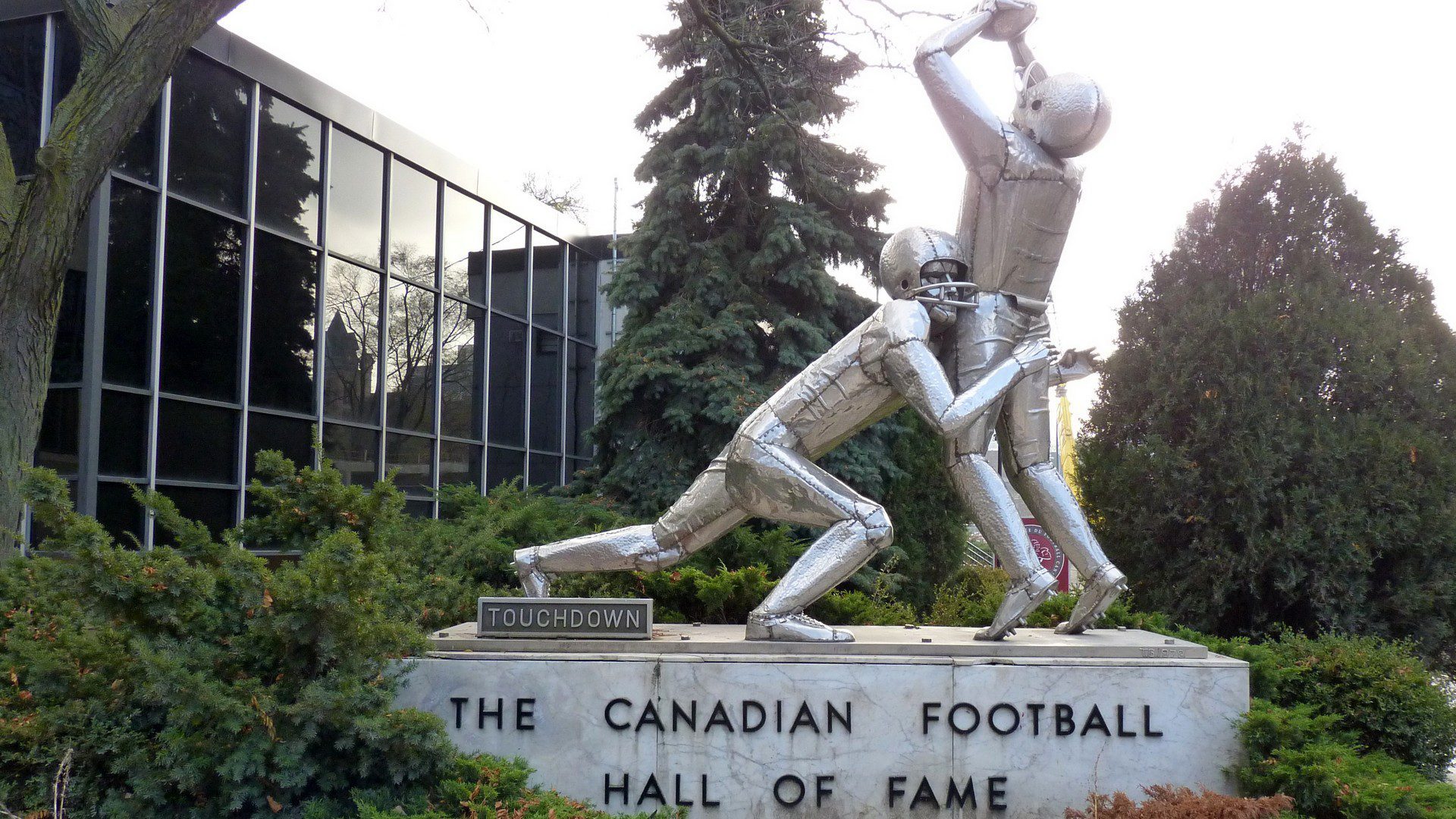 The old Canadian Hall of Fame building is easily identified by the slightly-larger-than-life metal sculpture Touchdown, featuring a successful receiver being tackled. As of the 2016 class, the Canadian Football Hall of Fame has honored 283 players and builders. Charter membership to the Hall began on June 19, 1963. The Hall of Fame also has a Football Reporters of Canada wing dedicated to reporters. 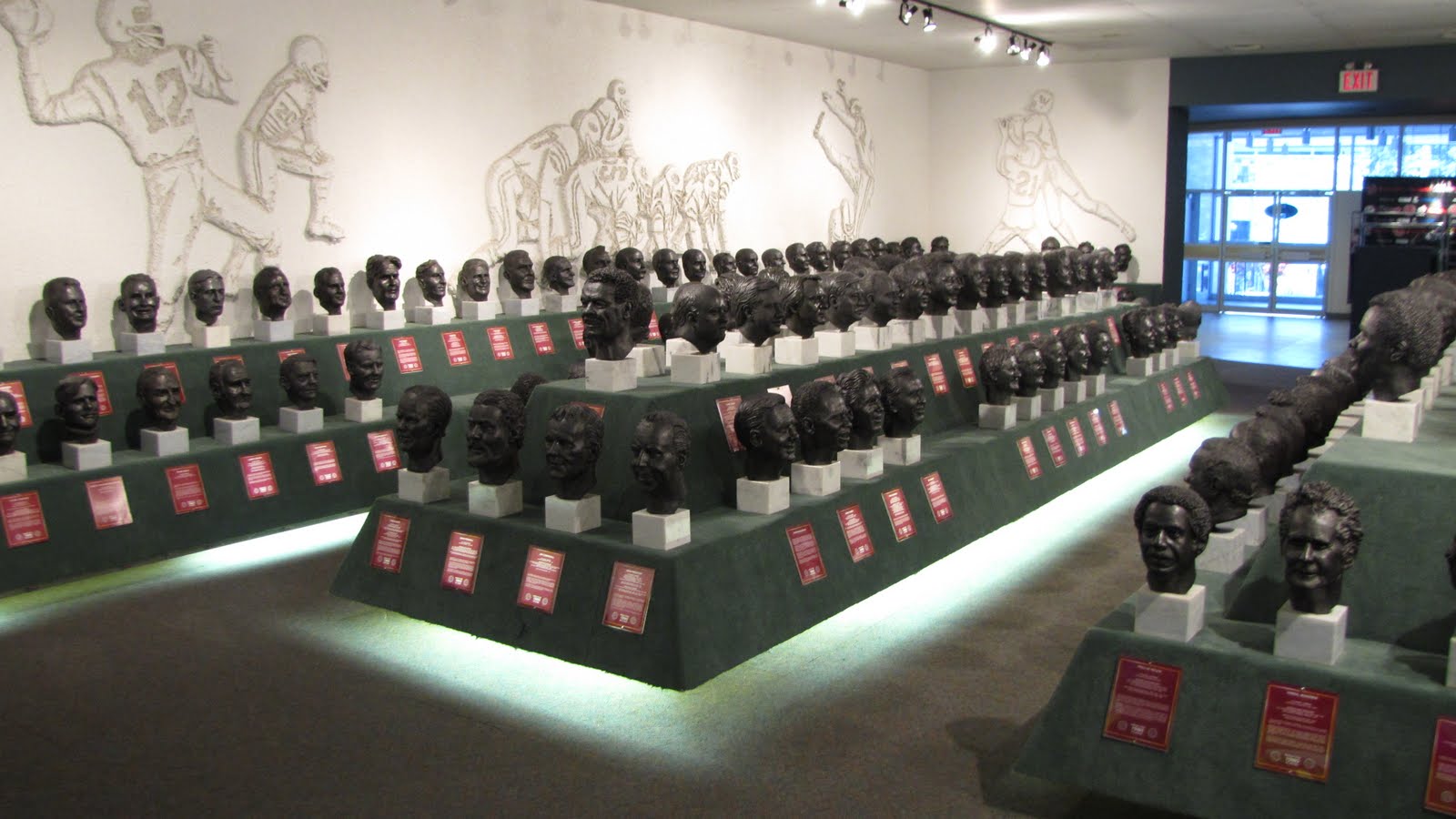 Another thing to do in Hamilton at night, which is also free is the Festival of Friends. This is an annual three-day free summer music, art, and crafts festival held the first weekend after the Civic Holiday in August. It is located at Gage Park in Hamilton and is the largest annual event of its kind in Canada as well as a major tourism draw for the region. 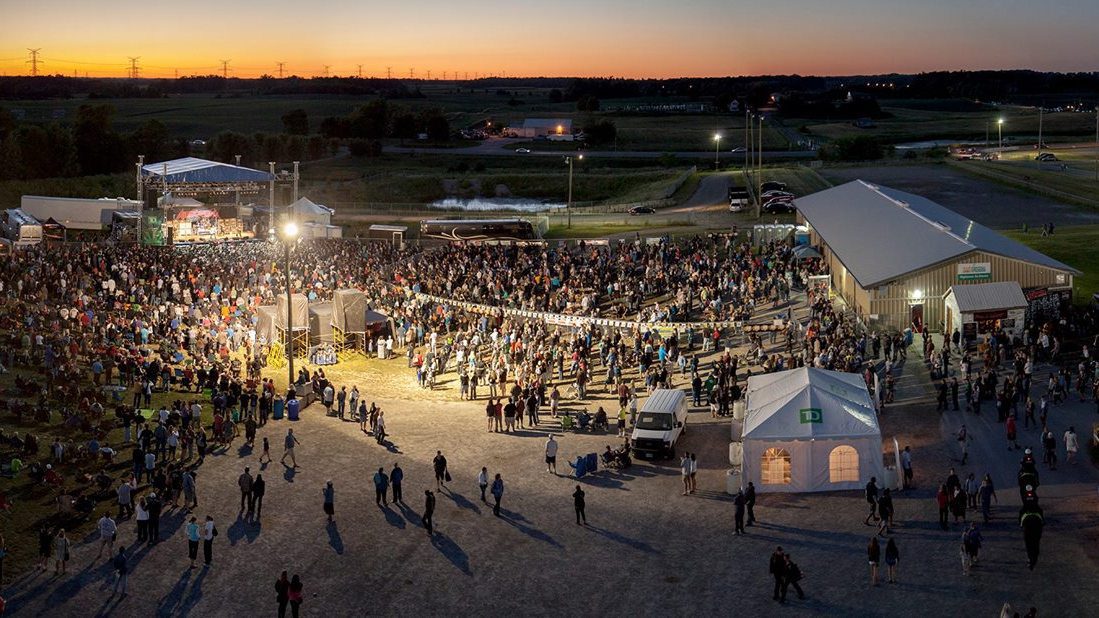 Over 100 crafters, artisans, and other vendors are available for shopping throughout the weekend, as well as a large varied “Foods of the World” area, a beer garden and a midway.

For those of you who consider yourselves adventurous, you have a unique chance to go on a proper African Lion Safari in the middle of Canada! 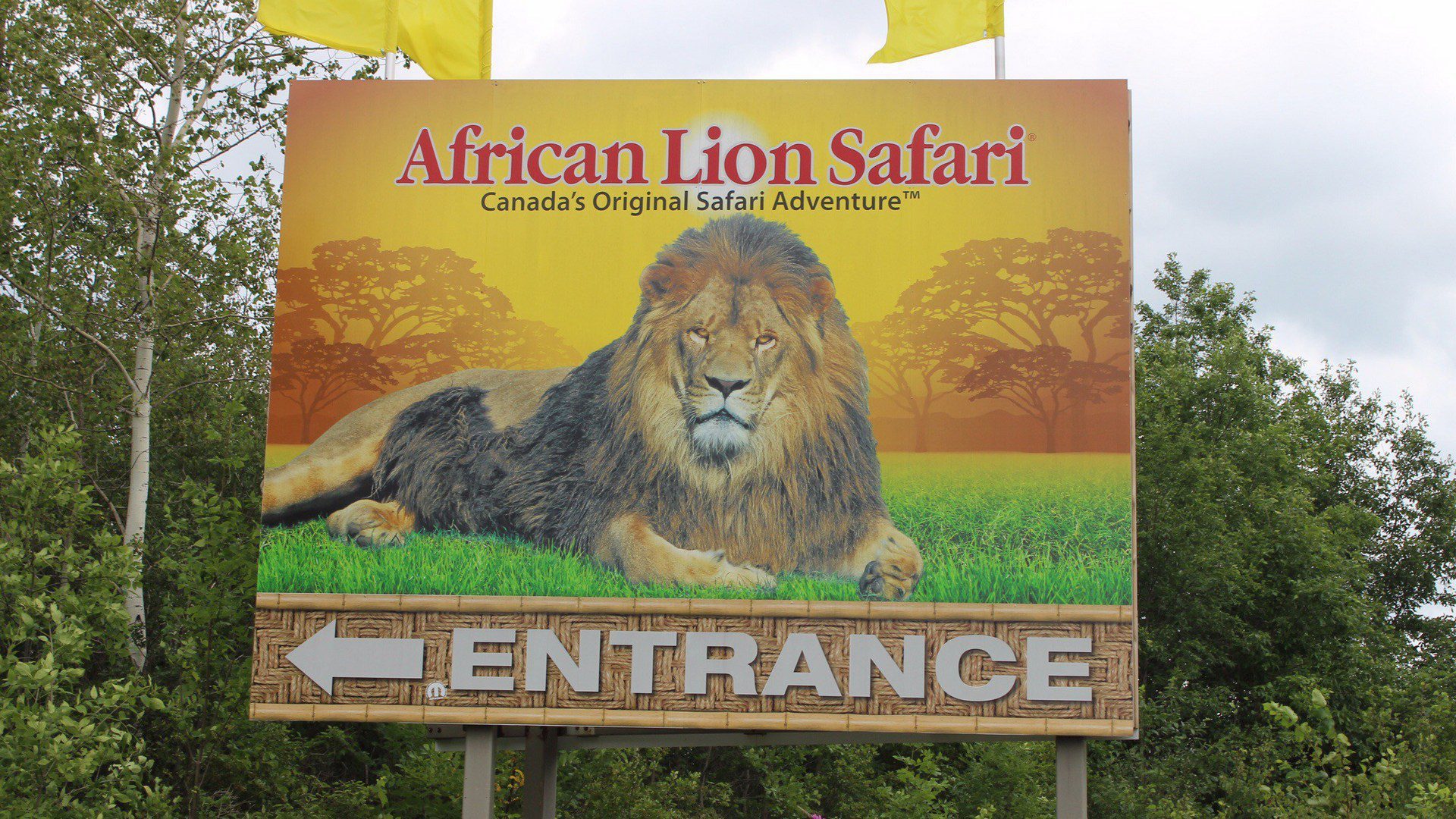 This family-owned safari park situated within Hamilton city limits, about 100 kilometers west of Toronto was founded by Gordon Debenham “Don” Dailley, a retired Canadian Army colonel, and opened its doors on August 22, 1969. In 1971, the park began working with Asian elephants, and in 1985 they started to make a concentrated effort to breed Asian elephants. Over the years, successful breeding of 30 endangered species and 20 threatened species has occurred in the park.

The park now includes more than 1.000 animals, representing over 100 species of mammals and birds from across the globe. Guests may tour 7 game reserves (with a total area of about 300 hectares) traversed via tour buses or the visitors’ own vehicles where animals roam freely in large contained areas:

Aside from the game reserves, there is a large walking section where hundreds of exotic birds and primates are on display along with the park’s herd of Asian elephants. 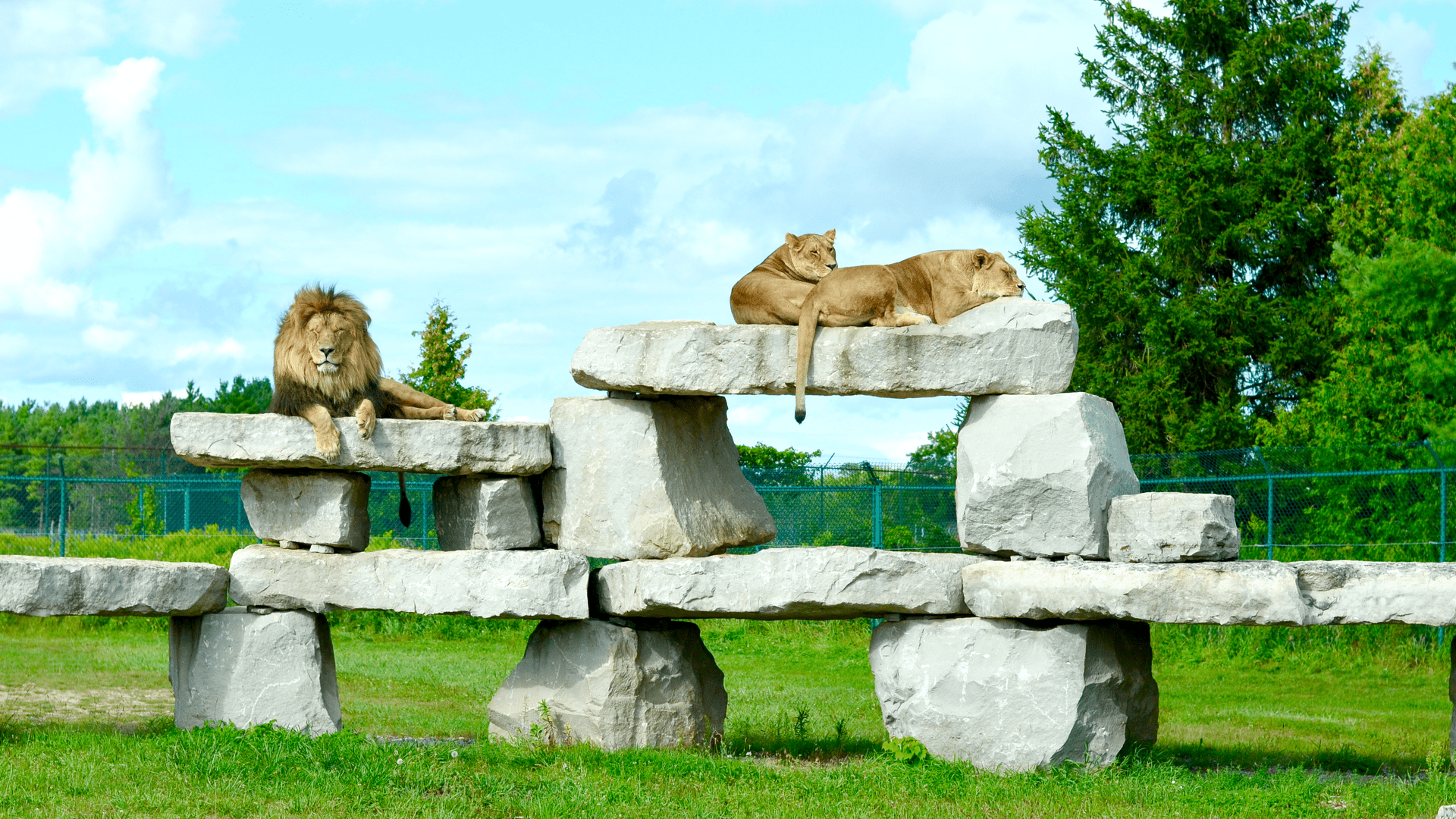 It is open from the first weekend in May to the weekend of Canadian Thanksgiving in October and has an on-site bus in which to tour the park, but public transportation to the park itself is limited.

If you are looking for a nice date idea while in Hamilton, the Hamilton Waterfront Trolley is the perfect choice for you. (Don’t worry, we won’t tell your better half!)