Do you know who invented the first car with an internal combustion engine? We assume that’s an easy question for all your car and history buffs out there. And the correct answer sure is – Karl Benz!

But did you know that none of that would have even been possible if it wasn’t for one woman? That woman’s name is Bertha – Bertha Benz – Karl’s wife. This is her story. 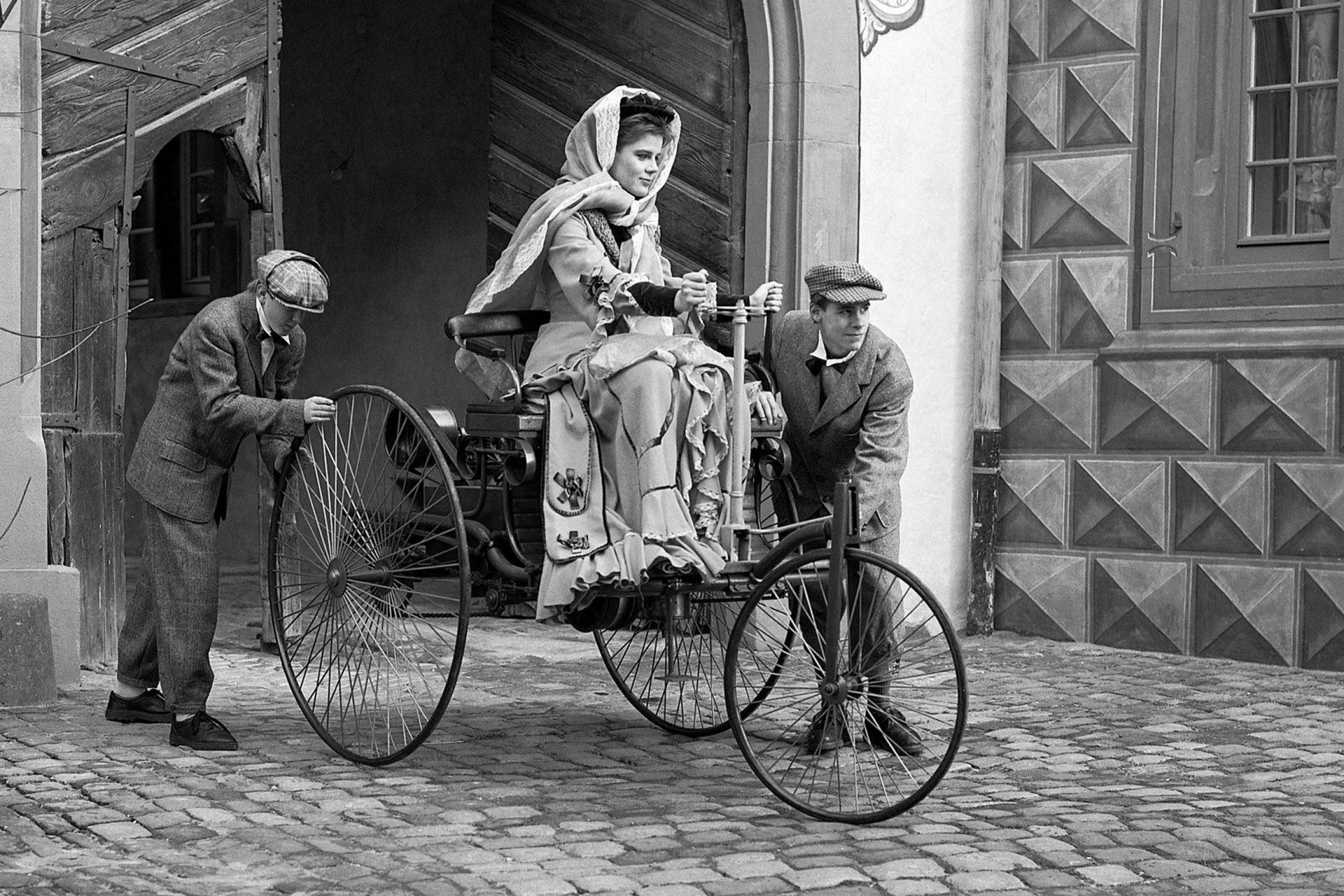 Bertha Benz was born on May 3rd 1849 in Pforzheim, Germany. While being an unmarried woman, she was free to invest her money freely, but several of those companies quickly failed. However, after marrying Karl, under German law, she no longer had the option to act as a rightful investor, so most of her money went to supporting her husband’s inventing attempts. To his credit, he actually patented a few useful car parts, or rather, car systems, such as the speed regulation system, the spark plug, the ignition using sparks with battery, the carburetor, the clutch, the gear shift, and the water radiator. Which came quite handy once one of his business ventures took off in 1885 – the first horseless carriage, the Patent Motorwagen. 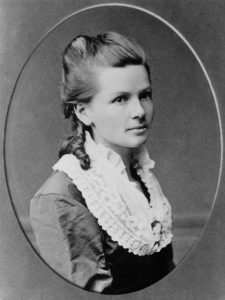 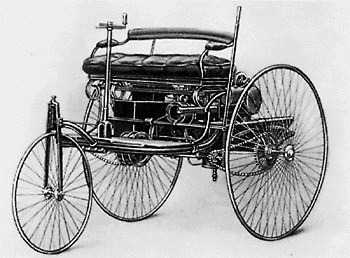 While Karl Benz was a genius engineer, what he wasn’t was a visionary or a very savvy businessman. He didn’t even think to add a fuel tank to his invention, the car. On the other hand, it did have electric ignition, differential rear end gears, water-cooled internal combustion engine, gas or petrol 4-stroke horizontally mounted engine, rack and pinion steering, speed at 13 km/h, 3 wheels and a nice tubular steel frame! Quite impressive specs!

But no one wanted to buy it! People needed it – Bertha was convinced of that – but they hadn’t realized it yet. And that is where Bertha played a crucial role.

She realized that people were wary of everything new, feared it even, and just needed to be convinced that having and driving a horseless carriage would make their lives easier. But even after several straightforward marketing presentations and updated and upgraded versions of the vehicle, there were still no buyers.

The Benz’s were desperate – all their money was tied up in this. But Bertha realized that what people needed was a definite proof that the vehicle was reliable and could also master long-distance routes. Thus, she devised a plan – she will be going on a first-ever road trip in the Benz Patent Motorwagen No. 3!

So, she decided it was time on August 5th 1888, when the school vacation began. Bertha Benz let her sons Eugen (15 years old) and Richard (13 years old) into her plan and they carefully made their way to the factory around 5AM in the morning. They quietly pushed the vehicle out of the workshop and only started it once it was a safe distance away from the house – by turning the horizontal flywheel. As the story goes, she left a note on the kitchen table for Karl, who was still asleep, with a message that she was on her way to Pforzheim to be with her mother for a few days, but said nothing about how she planned to get there. Only when he later noticed that the vehicle was missing, had he realized that they were not traveling by train.

However, the 106km-long journey from Mannheim to Pforzheim wasn’t without its difficulties. First, they didn’t know how to get to their destination, so they had to stop frequently along the way to ask flabbergasted passers-by for directions. Second, the roads of the time certainly weren’t built for driving motor vehicles, which meant a pretty bumpy ride for the three passengers. They also had to stop every 25-30km to buy gas, because the Motorwagon only had a 4,5liter gas tank. They bought bottles of benzene – or ligroin, as it was known then – in pharmacies along the way and refilled the gas tank. Moreover, since the cooling system was an open design, water boiled off as the engine ran, which meant they had to refill the water tanks every 20km or so, making them have to get water from public houses, streams or even a ditch. To make the matters worse, the vehicle malfunctioned a few times along the way, so car repairs were also needed. The trio had to ask local shoemakers to replace the leather brake shoe linings from time to time. The leather belt connecting the engine to the differential also needed tightening. Bertha even had to plug a leaky valve with one of her garters and sometimes used hairpins to unstick clogged valves. Finally, they had to get help uphill as the vehicle didn’t have enough horsepower to make it on its own.

Nevertheless, Bertha Benz and her two sons arrived at her mother’s in the evening of that same day – some 12 hours after embarking on the first ever car trip. Even though she didn’t hesitate to send her husband a telegram to let him know that she had arrived safely, there was no real need. Word had spread quickly from town to town as Bertha had stopped at small towns to fix problems and gas up.

The three passengers stayed for a few days in Pforzheim and then repeated the journey by a more level route and with one smaller malfunction. When the vehicle’s wooden brakes failed, Bertha asked a cobbler to install leather replacements, effectively inventing brake lining.

But the journey in itself was a massive success. By completing the first long-distance journey in automotive history, Bertha Benz proved to both her husband and many skeptics that the automobile had a big future ahead. She had demonstrated that the motor car was fit for purpose on this 180km journey (there and back). The rise of the later Benz & Cie. Rheinische Gasmotorenfabrik AG, Mannheim, to become the biggest automotive factory in the world would barely have been imaginable had it not been for her and her sons’ daringness. The following month, Karl Benz would exhibit a fancier version of the car in Munich, winning a gold medal and attracting lavish press attention. Berta’s publicity stunt had worked.

The value of Bertha Benz’s journey to the fledgling car company that would in time become Mercedes-Benz is hard to quantify properly, but she sure helped to ensure that by the end of the century it was the largest car company in the world. What is more, for her immense contribution to the automotive industry and modern life in general Bertha Benz was inducted into the Automotive Hall of Fame on July 21st 2016. With Bertha’s induction, she and Karl are the first married couple ever inducted into the Automotive Hall of Fame.

As for Bertha, she lived until 1944, dying at the grand old age of 95. Today you can go to Mannheim and retrace her steps by following the signs of the Bertha Benz Memorial Route – it would take you about an hour instead of Bertha’s 12. It would be worth doing, just to gain some sense of what this extraordinary pioneer and one of the most important people in the history of the car achieved 130 years ago.

If you liked this blog posts about the woman who pushed the entire automotive industry forward, keep reading us! We have a lot more in store for you!

In the meantime, should you need a trusted mechanic, come to our repair shops in Hamilton. We are expecting you!

How Far Would You Travel to Buy a Car?
Best (and Worst) Cities for Driving in Canada
10 Questions to Ask Yourself When Buying a New Car (Infographic)
5 Ways Hot Weather Affects Your Car (Infographic)